If you want to succeed … Become part of the Massey family 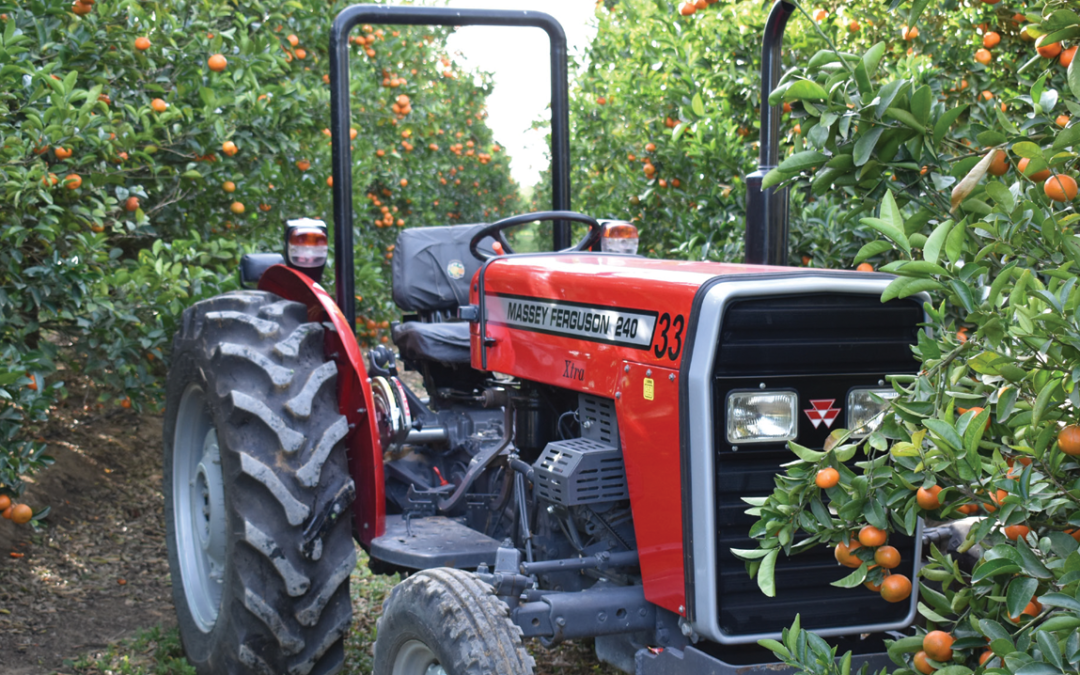 Farming is more than just a job. It is a passion that flows through every farmer’s veins. This passion is passed on through the generations, and strong family ties are a key component of many successful farms.

These relationships do not end at the farm gate; they extend to the farmers’ suppliers and to the technicians that supply and service their farm equipment.
Having a good relationship with these people gives a farmer peace of mind because he knows that his fleet is well taken care of.

Massey Ferguson tractors have played a vital role in South African agriculture. Once a farmer buys a red tractor, he will probably stick to them for life. The Masseys become part of the farm’s success story and ensure that the farmer can keep on farming year after year. 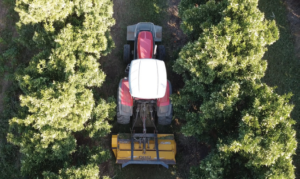 Each Massey has a specific task at Venter Boerdery. Here the MF 5710 is used to finely chop the pruned branches for compost in the citrus groves.

The Venter family of Venter Boerdery near Addo in the Eastern Cape has been loyal Massey farmers for generations. Nico Venter, Le Roux Venter, and their father, Boeram Venter, have a diverse farming business that includes citrus, broilers, goats, Bonsmara cattle, game, and they are planning to expand to grain production in the near future.

Massey Ferguson has been a part of their success story since the beginning:
“My grandfather bought the first Massey 35 years ago. We sold that tractor earlier this year,” says Nico.

“We have expanded over the years and own 53 Massey Ferguson 240 orchard tractors along with a few bigger models to do more demanding work.”

With a wide range of models available in the Massey stable, there is a tractor perfectly suited for every application.

For generations, Massey Ferguson tractors are close to the hearts of the Venters of Venter Boerdery and the Beer family of Beer Tractors. As the years go by, boys take over the reins from the dads, but the red tractors still form the backbone of the farm.

On the diversified Venter farm, the MF 240s are used for hauling the citrus carts and all other light jobs that do not require many kilowatts of tractor power.

They also have the MF 268 for the trailed sprayers. The MF 2640 is used for transporting the five-ton tipping trailers and light brush cutting.

The MF 3708 and 3640 with their closed cabs are used to keep the operators safe while spraying the orchards with pesticides.

Venter Boerdery also acquired some bigger Massey Ferguson models, like the MF 480 used to feed the cattle with a 15-tonne feed mixer, and the MF 5710 that powers the Orsi mulcher. The mulcher is used to make compost from branches that were trimmed from the trees. 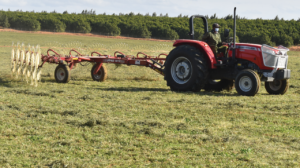 Nico says: “The reason why we decided to buy Massey Ferguson tractors is due to the fact that they are reliable and affordable. We have seen many affordable tractors in the market, but they are often not reliable. With Massey you get the best of both, and they get the job done. 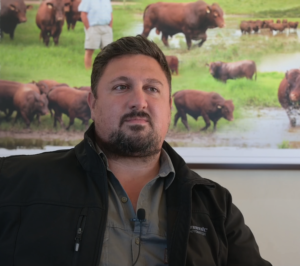 Nico Venter of Venter Boerdery is in charge of the farm’s mechanisation, believing firmly, like his father and his grandfather before him, that a farmer cannot go wrong with Massey Ferguson tractors.

Roelou’s children, Francois, Rudolf and Ingrid, have also joined the business. Francois is in charge of the workshop while Rudolf handles new projects and truck services. Ingrid works in the office and handles administration
and payments.

Francois explains how easy it became to do business with Massey Ferguson since 2020 when AGCO became directly involved with the dealerships: “To order parts directly from AGCO is as simple as making a phone call. Their technical experts are a great help to us as well. If we come across a problem that we cannot fix, it is as simple as talking to one of the experts at AGCO and the problem is solved.” 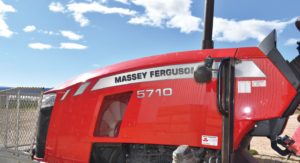 The MF 5710 is part of Massey’s new Global range of tractors. These tractors have been redesigned from top to bottom by AGCO to better address farmers’ needs.

Brendon Puttick, AGCO’s Sales Manager for the Western and Eastern Cape, explains how the liaison between AGCO and the agencies affects the farmer’s pocket. “Because AGCO now works directly with the local agency, the middleman is cut out, which means that costs are lower and farmers save money on the purchase of new tractors and spare parts for the service of their older tractors.”

Ryan Clarke adds that this strategy also helps to strengthen the relationship between AGCO and the farmers, who are the end consumers of their products. “Because we now have contact with all the agencies in the country ourselves, we also get direct feedback on the tractors from farmers. We hear exactly what the farmer’s needs are, and can then make the necessary adjustments to our products to enable the farmer to get even more value out of his tractor.”

Reliability, efficiency, versatility, and affordability ensure that the farmer gets the best value for money from his Massey Ferguson tractor. Coupled with the company’s policy of building relationships that span generations with agents and farmers, and you have a winning recipe for any farm.

To become part of the Massey Ferguson family, visit the website at www.masseyferguson.co.za, send an e-mail to africasales@agcocorp.com or call +27 (0)82-520-6651.